​Gerald Busby: THE LAST BOHEMIAN IN THE CHELSEA HOTEL 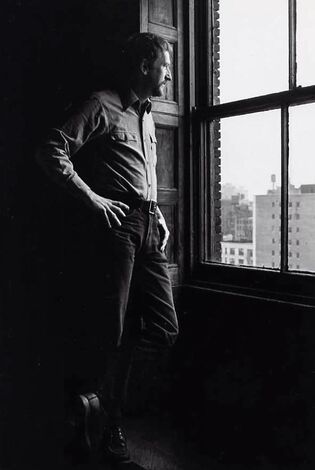 Gerald Busby's journey from composing music for Robert Altman and Paul Taylor and giving piano lessons to the daughter of Leonard Bernstein to ending up on the pages of the New York Times NEEDIEST CASES SECTION was a gradual unraveling that began with the AIDS epidemic in the early 1980s when both he and his longtime partner, Sam Byers, were diagnosed HIV positive.
Byers contacted cryptoccoccal meningitis, lost his mind and died of full-blown AIDS in 1994.
With the loss of his partner, and everyone around him, Busby turned to crack.

Because of his struggles with drugs, his larceny when he needed money, the loss of his friends and the down sizing of his home from four rooms to one, he hit rock bottom.
In 2008 he was featured in the New York Times Neediest Cases: BACK FROM THE EDGE AND LIVING HIS LIFE NOTE BY NOTE.
​Busby found a way to return from the edge and begin to compose again. No longer living in the four room apt. he had shared with Sam, but safe "for the rest of his life" in one room in the Chelsea Hotel.

Recovery from addiction, help from organizations such as The Gay Men's Health Crisis, and learning to compose music on the computer all gave his life new meaning.
Today Gerald Busby is enjoying an artistic re-birth. 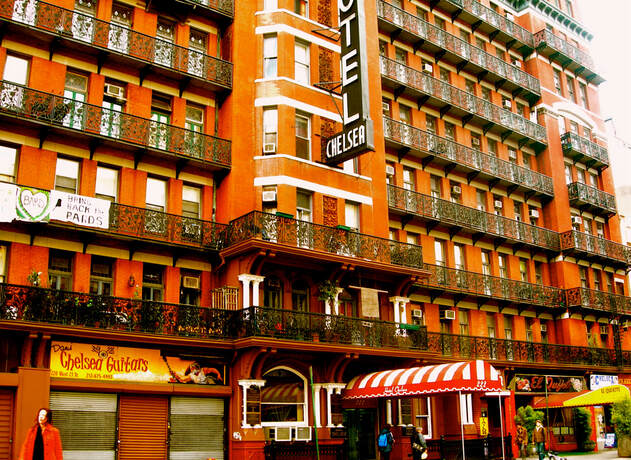 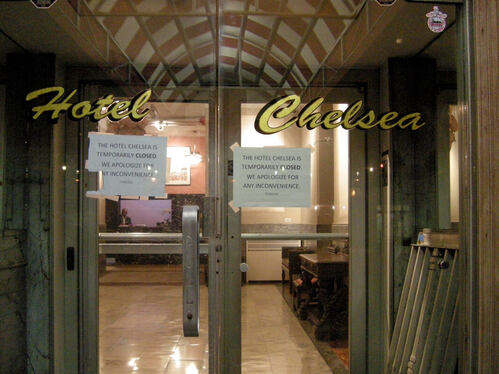 ON JUNE 18, 2007, Stanley Bard, the legendary manager and guiding spirit of the Hotel who had single-handedly fostered its creative environment, was unceremoniously ousted. New owners came and went.
In 2011  the Hotel closed its doors to new guests. Eviction notices were sent out and court battles began.  That was eight years ago when the fifty remaining tenants were living in Hell with gas shut off, exposed mold, asbestos, dangling wires, broken steam pipes and broken promises.
It took Zoe Pappas, a resident since 1994, to do something no one could have imagined  laid back Bohemians could do: organize a Tenant's Association and take the owners to court -- and win.
She won the right for those that are rent stabilized, and pay their rent, to live there for the "rest of their lives."
Today the hotel is still enshrouded in scaffolding, a shell of its former self. Fifty tenants are still living there among the dust, plastic and exposed wires.  All that's left of its rakish past.
It's future remains to be seen. 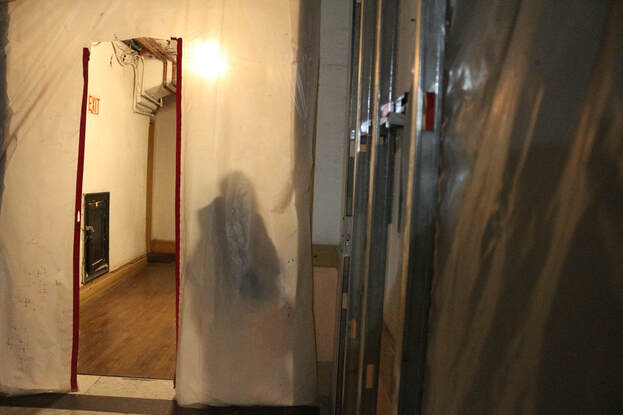 The Chelsea Hotel today, enshrouded in plastic, a shell of its former self.
​ “Gerald Busby is a major talent.”
Paul Taylor, Choreographer Runes

“Gerald Busby is an American gem — no one else has ever written music that sounds remotely like his; my collaborations with Gerald are some of the happiest experiences of my creative life, and I hope he lives forever.”
Craig Lucas, two-time Pulitzer Prize nominated playwright 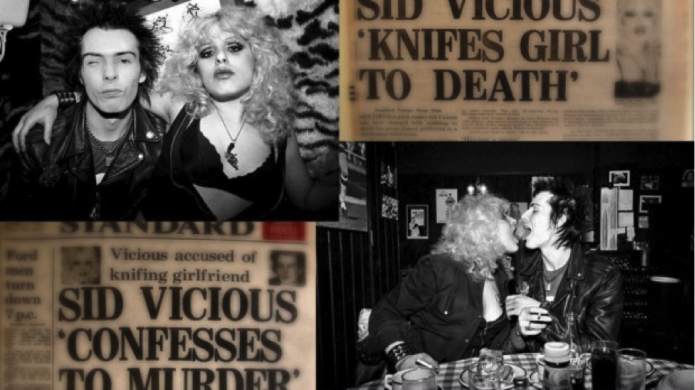 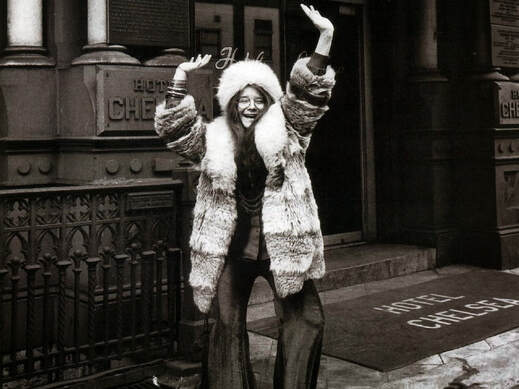